Welcome To My Site

Welcome To My Site

Hi, my name is Scott Malouin and welcome to my site. First I want to say thank you for visiting. Second please bare with me as I’m not a writer of any sort and with a little luck maybe I’ll get better the more I write.

I started working on web sites over 20 years ago mostly for fun and as a hobby. As a career for 10+ years and as a freelancer for 2+ years. I’ve always wanted to freelance but never had the drive or motivation. Like most people I had a job and while I wasn’t making a lot of money I was complacent and therefor never really needed to freelance.

The last company I worked for as an employee had me updating their site with product information and what not. Got to help create a few YouTube videos which was fun and even created some inhouse software to help automate and simplify co-workers jobs. That custom made software saved the company tens of thousands of dollars and was completely unappreciated by the owner who ended up firing me!

One of the applications I created, helped out the account manger with sales tax. Because of that the owner thought I would make a great Out of State Sales Tax guy and changed my job just like that even though I told him I know absolutely nothing about sales tax. Turns out the company owed a LOT of back taxes and he wasn’t going to pay them. At that point I knew if I couldn’t do the job right I wasn’t going to do it at all.

After telling my manager I was hired to be the Web Developer and not a tax guy the owner fired me that day. Well actually he had the manger do it as he didn’t have the balls to do it himself. Turns out that was one of the best things that could of ever happened to me.

At first I was pretty devastated. I’ve never been fired before and while I was feeling a bit relieved I was also terrified being in my 40’s with out a job. All of those thoughts of what am I going to do, what if I can’t find a job, who wants to hire someone at my age who just got fired. I’ve got a family to feed and bills to pay.

I took a few weeks off and collected unemployment while looking for work here and there. Where I live there aren’t a lot of web developer jobs and the few I found wanted super high qualifications but didn’t want to pay but $10 – $13 and hour. All the decent jobs were an hour drive to the big city which I wasn’t going to do.

When my unemployment was about to end it came down to either I start freelancing and make it work or just take what ever job I could find and suck it up to pay the bills. Here was my chance to never have to worry about ever getting fired again and doing something I’ve always wanted to do.

So with nothing to lose and a few weeks left on unemployment I gave it a shot. My goal was to make at least a monthly income of what I would make working a 8-5 at $10 – $13 an hour. If I could make or come close to making $1600 a month then I would stick with it.

As luck would have it I landed my first project on UpWork. It was editing a PDF file which really isn’t web development but a start. Honestly I had never edited a PDF file that had editable fields before nor did I have the software. Did a quick Google search and found some free online software that did the trick and made the project super easy.

Took about 2 hours and I made a whopping $35. The client was super pleased and gave me a 5 star review. After that I was pretty stoked and started to convince myself I was going to make this work. At my last job I was making $20 an hour so after completing this project I knew it was possible to make at least what I was making before if not more.

Within 5 days I landed my second project which was actual web development work. The project was to help add some new features and landing page on a WordPress site. The project started out with a fixed payment of $300 but the client added in a few extra tasks and I ended up making $500 for less than a days worth of work.

Another 5 star review and I was on cloud 9. Four days after landing my second project and I landed my 3rd which also started out at $350 but ended up paying me well over $1000.

While I only made $760 on my first month I knew the potential was there and that I could a lot better. I still had unemployment for that month so knowing that I had that money coming in I wasn’t as motivated as I was from there on after.

As of the time that I’m writing this article I’ve been freelancing for 2 and a half years and I’m making a good be more than double my hourly and almost double my annually income of my last job. Freelancing is AWESOME, I work at home and set my own schedule!

So here I am today starting this blog to share my journey and to try and help others who might be considering the path of a freelance web developer.

If you have any questions please feel free to comment below and I’ll do my best to answer them.

What's Up! I'm Scott. Here to share my journey into Freelance Web Development and hopefully provide some helpful tips along the way.

Get Access To Your Free eBook Now by Signing up for my Newsletter! 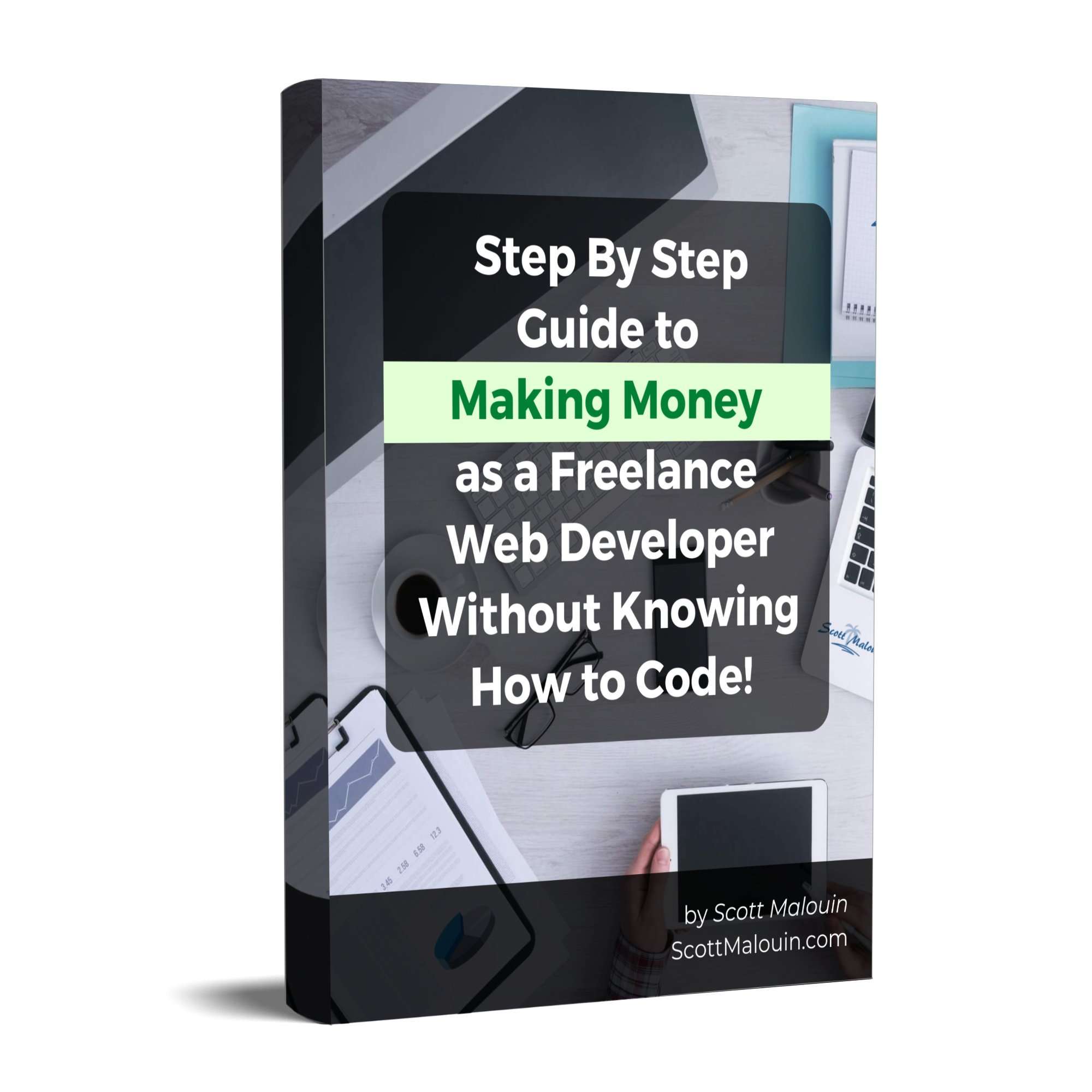